In this edition of Music Hall Studies you will find these great performers. Click on their names for a short taster. 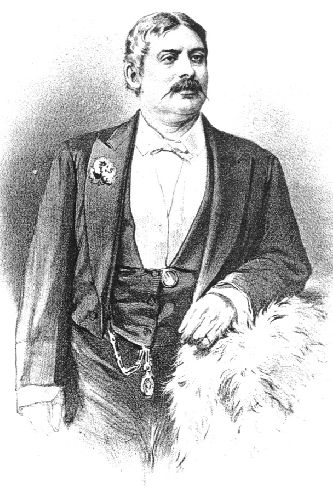 Harry Rickards was the prime mover of the Tivoli Theatre vaudeville circuit in Austraila, but, at the start of his career, he was a comic singer at Wiltons. Almost three years passed before he followed the lions comiques, George Leybourne and Alfred Vance, into the Oxford and Canterbury halls. The 15-minute burlesque by Rickards lampooned four of the most popular singers: the pixie-faced William Horace Lingard; the lean and handsome Leybourne; the elegant Vance; and the buxom Annie Adams, a commanding serio-comic . 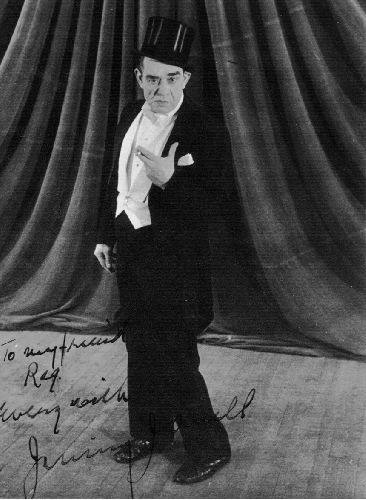 In the annals of the variety theatre, the most famous routine of Jimmy James, Animals in the Box or Elephant in the Box, will live forever. Wielding a cigarette in an apparent attempt to keep himself vertical, Jimmy stood between two stooges, one, tall, stooped, painfully thin and wearing a deerstalker; he was called Bretton Woods; the other, wearing a long overcoat and carrying a shoe-box, was named Hutton Conyers.
Conyers claims to have just returned from Africa with two man-eating lions that he keeps in the box. Jimmy: Are they in there now? Conyers: Yes. Jimmy: I thought I heard some rustling. 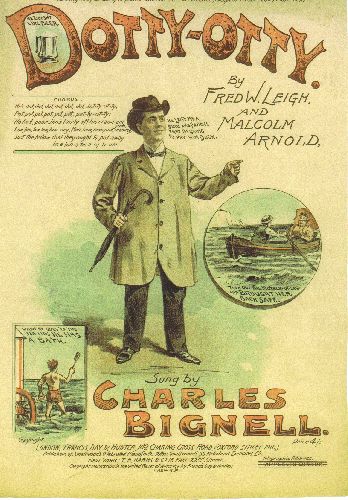 Music hall songwriters were harsh in their treatment of the mentally ill. There was little compassion or understanding. But the writers and the entertainers who sang their work reflected the views held by society in general. Medical treatment was not an option. Punishment and incarceration were. It was not until the concept of psychiatry began to take root that changes were seen.
Against this background, mental illness was considered a subject ripe for treatment on the halls if only that it was part of the everyday experience of audiences seeking entertainment on a night out. 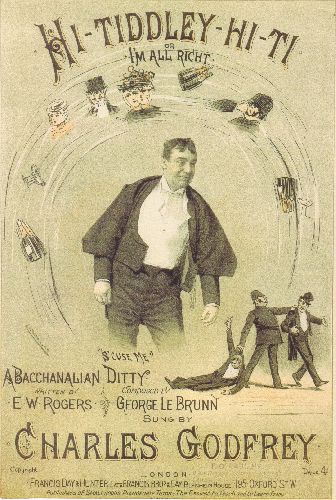 Hard working, hard drinking, Charles Godfrey was one of music hall’s true individuals. Now, mostly associated with the timeless After The Ball, he was the originator of the dramatic and patriotic scena. The various obituaries in the theatrical press, apart from praising his great talents, mentioned his great weaknesses. The Entracte summed it up: Genial to a fault, Charles Godfrey was open-handed to everyone and never made provision for that rainy day.